My wife and I are Doctor Who fans. It’s entirely “New Who” though I do remember watching a handful of Classic Who episodes as a kid. Over the holidays we had a big Doctor Who marathon, mostly cherry picking our favourite episodes, until we hit the most recent stuff.

Our personal favourite Doctor is Matt Smith. This does not mean we DIS-like the other actors!! Matt Smith is just our favourite!! We think he has a bit more range than the other actors who have played The Doctor. He can be ridiculously silly and funny, or he can be really scary and intimidating. (”Good men don’t need rules….” I mean: Come On!!)

I was gutted by his reaction when Amy & Rory got stuck in New York at the end of their run, even though I couldn’t really understand WHY they got stuck. Sure, New York is a mess for time travel, but why not have them jump on a bus, or a boat?

Then I started Overthinking It!!

This ending has bothered me since we first saw it, but something during this viewing struck me: it was the part where Amy read in a book that River’s wrist got broken. She read it, so now it was going to happen; it has to happen! They couldn’t read the book to find Rory in case they read that he died; because if they read it, it would happen.

And that is what I “clued into” on this viewing: the gravestone. They beat the angels and end up back in modern New York where Amy notices the gravestone with Rory’s name and date of death on it……..and she reads it!!

She read it, and now it has to happen!

The whole episode is about predetermination, or maybe causality….it’s definitely about a big, science-y sounding word that means when you witness something in the present, it determines the past. By reading the gravestone they have determined Rory’s past, and ultimate fate. The Doctor (and perhaps even us: the viewer) reading Amy’s name on the gravestone after she gets “zapped” by the Angel and joins Rory in the past, determines hers; thus locking their time-lines…..and ending their time on the show.

Now, of course there are a few holes in even THIS theory, but I think I understand what the writers were trying to accomplish. Enough at least to go from “that’s dumb” to “ok, I see what they were trying to do.” 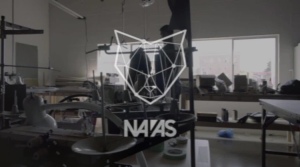